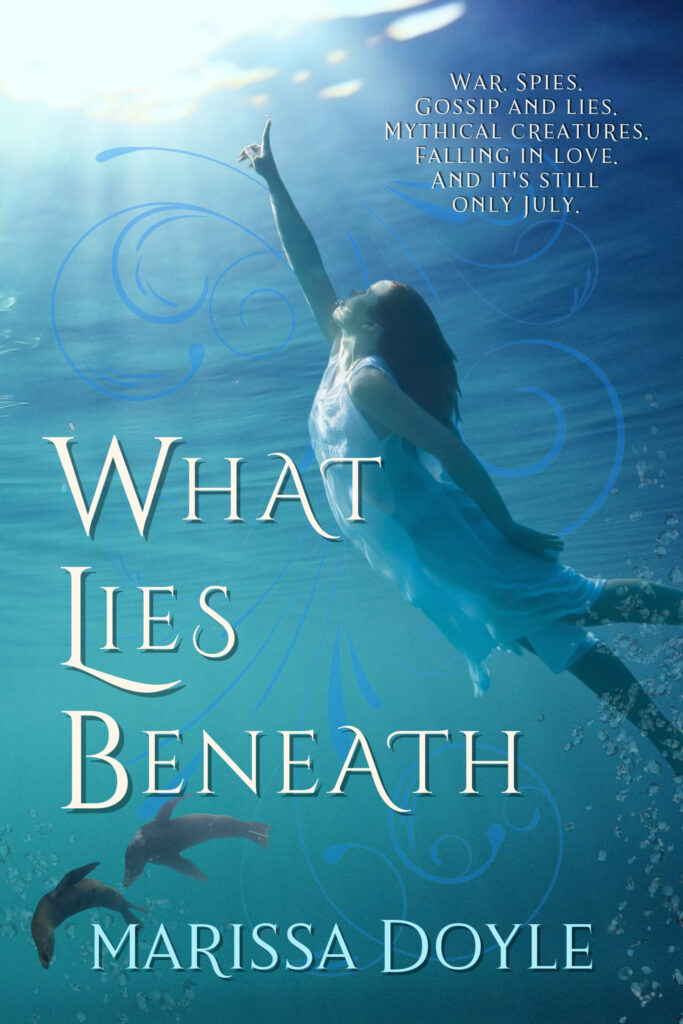 It’s 1917, and everyone is doing their bit now that America has entered the Great War—everyone except 17-year-old Emma Verlaine. Her overprotective dad won’t let her go to nursing school while he’s off doing war work; instead, she’s been sent to stay for the summer with her Gran on an island off Cape Cod, and the most she’ll be able to do for the war effort is knit socks. Socks!

As it happens, island life isn’t so bad. There are the seals that seem even more fascinated by her than she is by them. There’s the new Navy Air Station that guards the coast from German U-boats where she’s determined to get a job. But most of all there’s Malcolm, whose family owns a resort hotel on the island and who gives her swimming lessons and delicious kisses.

But danger lurks in the waters off the island. Only Emma can save her new home—if she accepts that everything she thought she knew about her life is a lie, and that the seals are following her for a very good reason…

“Enchanting Selkie tale joins well-researched history in this light-hearted adventure that teens are sure to enjoy.”  —Historical Novel Society