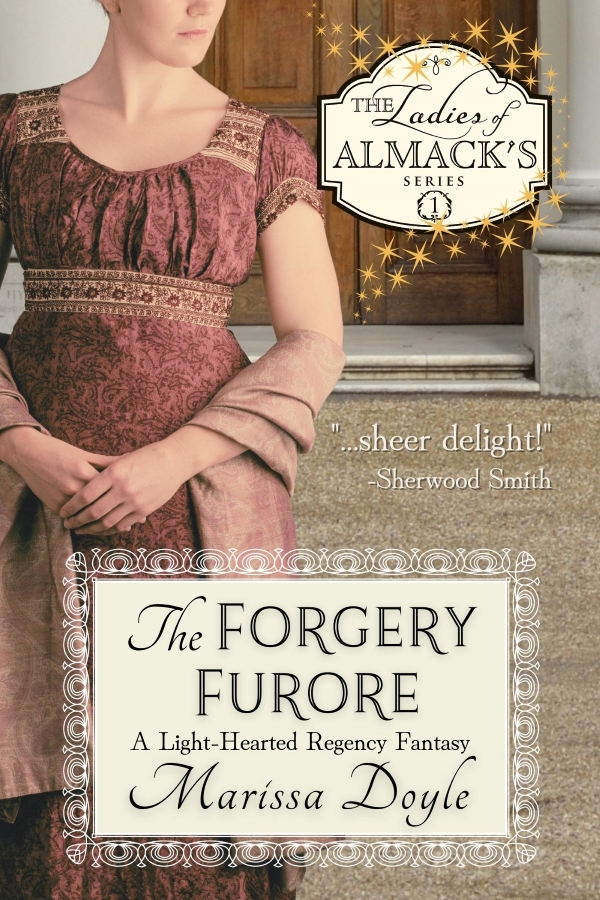 The social season of 1810 starts out like any other year, but a sudden influx of strangers to Almack’s exclusive balls means only one thing: someone is forging vouchers, and the evidence points to Annabel. And if finding the forger and clearing her name aren’t challenging enough, there’s dealing with her husband’s old crony, the Marquess of Quinceton, and his hungry wolf stare… 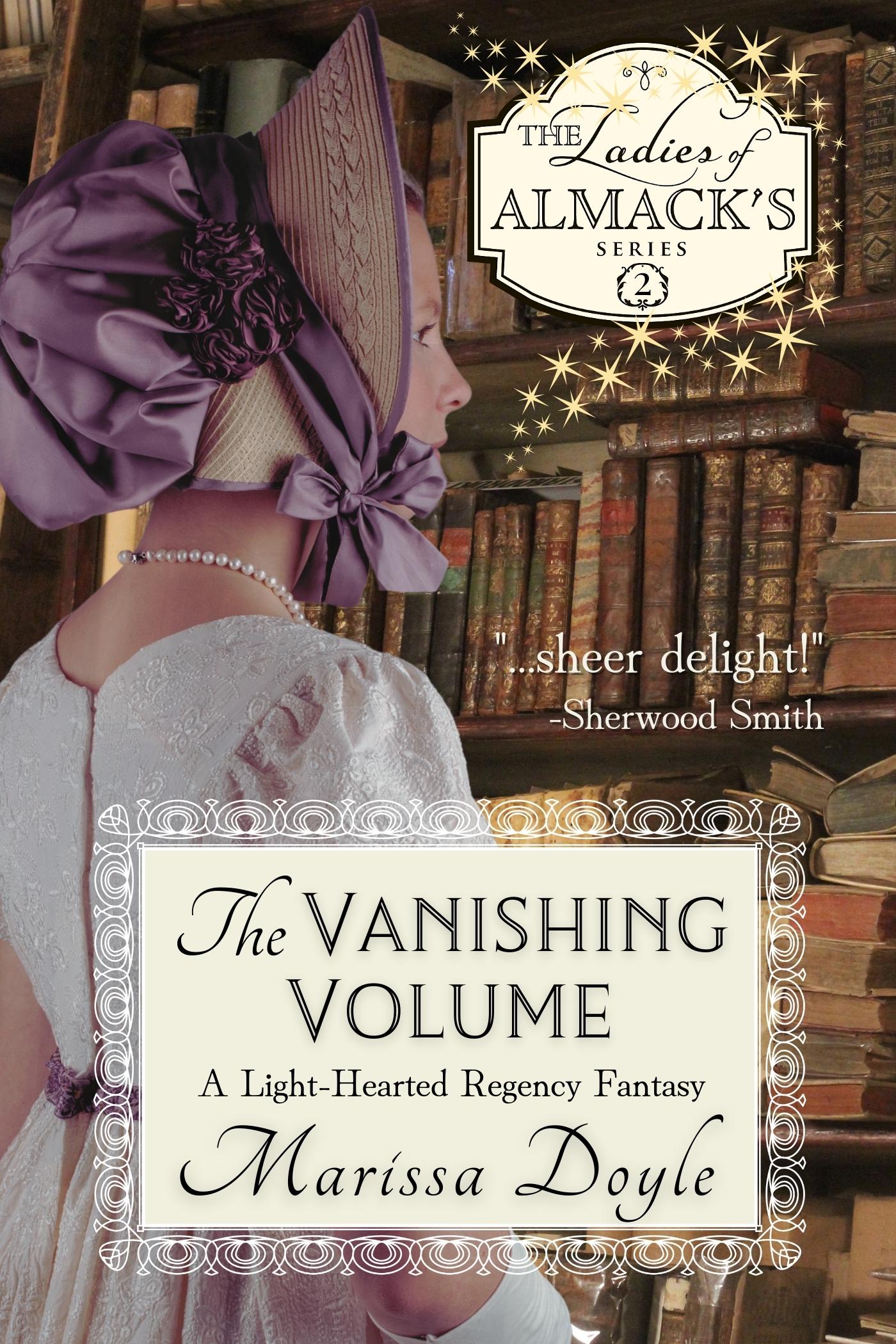 In the second installment of The Ladies of Almack’s series, all of London is enthralled by E.C. Spruce’s latest three-volume novel, The Fifty Shades of Udolpho…until the third volume begins vanishing from bookshops and bedside tables alike, leaving readers dangling and desperate to know what happens next. The Lady Patronesses of Almack’s investigate, with unexpected results—and an unexpected new friendship for Annabel…or perhaps two friendships, if she’ll only admit it… 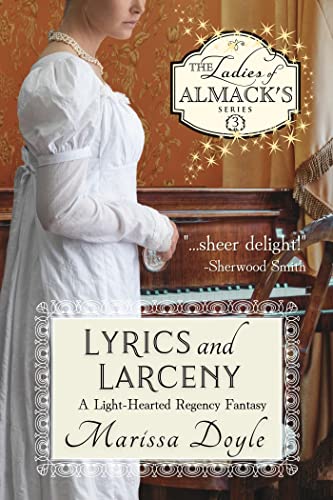 Annabel’s cousin Hartley has been shaken from his self-absorbed ways by Demetria Pouli, a bewitching Greek soprano who is taking London by storm. When a rash of jewel thefts seems to accompany her recitals, Annabel fears Demetria may not be what she seems. As it happens, she isn’t—but a happily-ever-after for Hartley and Demetria isn’t necessarily out of the question, thanks to the Ladies of Almack’s… 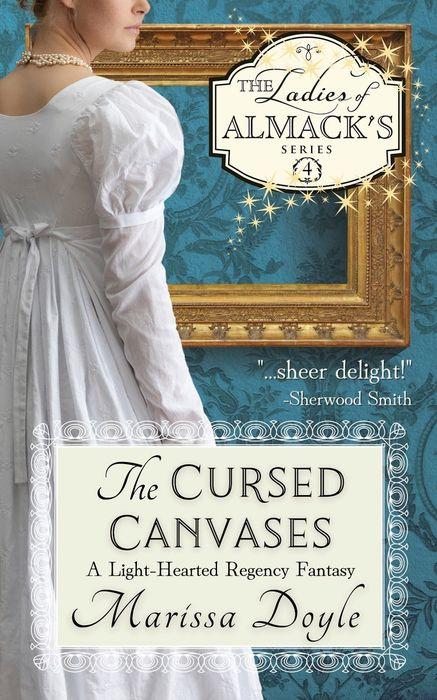 The Lady Patronesses are trying to discover who is vandalizing the pictures at this year’s Royal Academy Summer Exhibition, in the process uncovering a personal vendetta dating back nearly twenty years. Meanwhile, Annabel gains a very eligible suitor in Lord Glenrick, brother of one of her fellow Lady Patronesses and son and heir of the Duke of Carrick—but she’s not quite sure he’s the suitor she’d prefer… 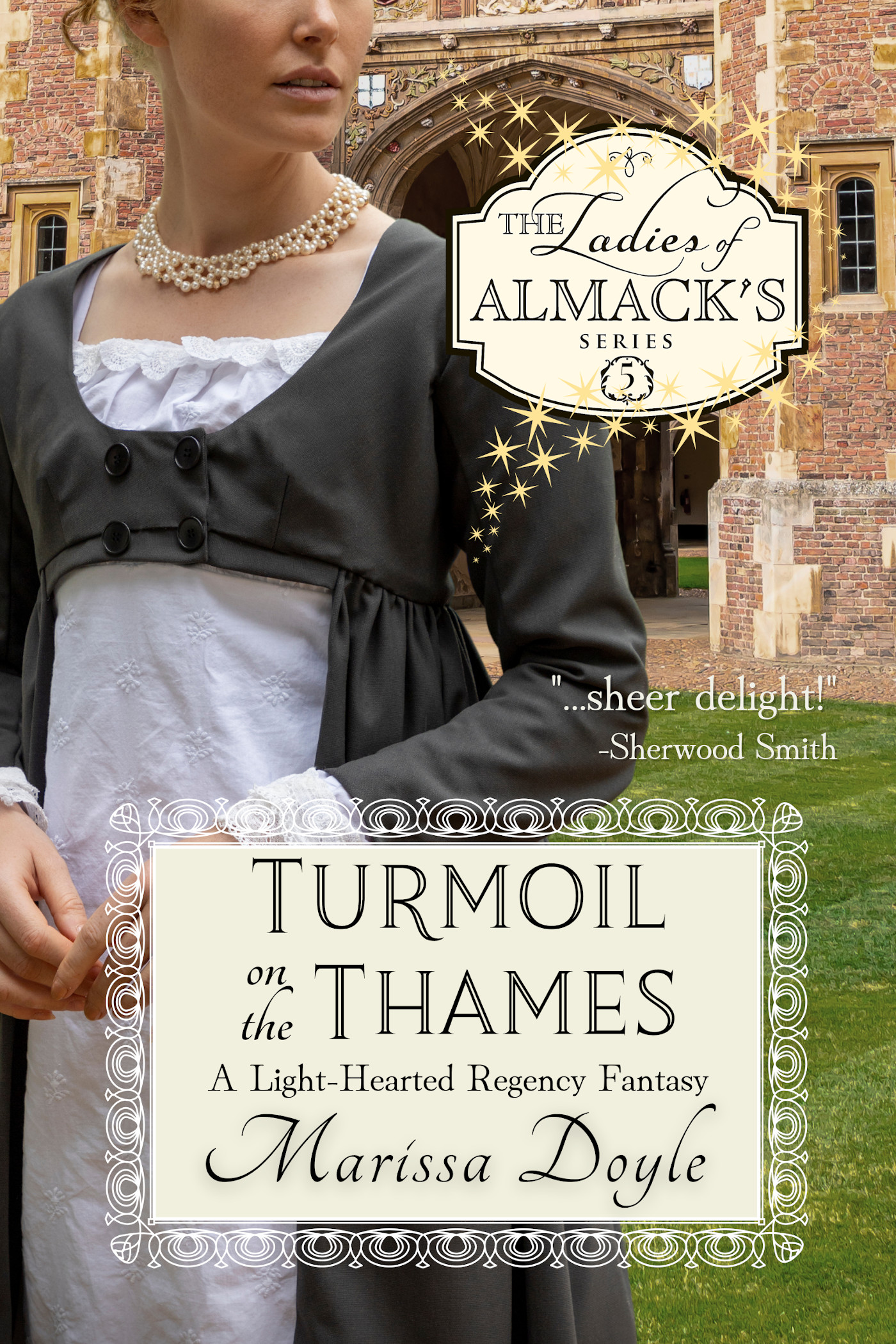 Turmoil on the Thames

Annabel is off to Eton to visit her sons for the annual celebration of the King’s birthday, observed with a boat race and picnics…neither of which happen in quite the way they should. Thanks to the Marquis of Quinceton, tragedy is averted…but the Ladies of Almack’s are worried about why it happened, and what else might occur… 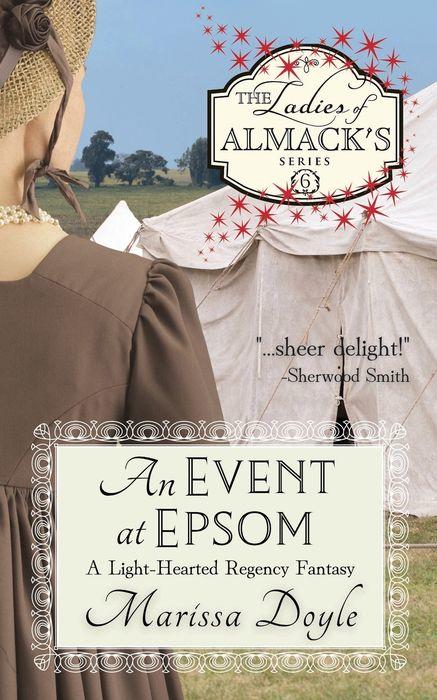 An Event at Epsom

It’s June, which means that the fashionable of London are off to Epsom for the annual race meet. A newcomer is favored to win the Oaks Stakes—a mysterious filly who came from nowhere to win the spring races left and right. It will be up to the Lady Patronesses to discover her identity—while Annabel discovers what her true feelings are for Lord Quinceton… 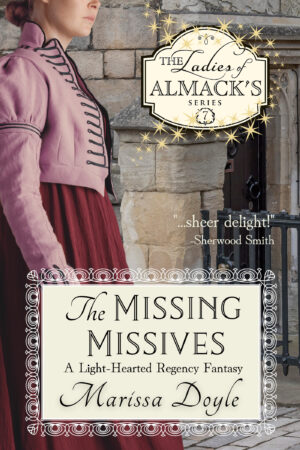 Annabel is part of the Ladies’ investigation of an extremely sensitive matter: the attempted blackmail of a member of the royal family. Meanwhile, she’s trying to help a lovelorn pigeon and discover why Lord Quinceton is suddenly shunning her and devoting himself instead to her fellow Lady Patroness, Frances Dalrymple. When the Ladies begin to suspect that one of their number might be leading a double life, Annabel wonders if all these circumstances might not be related… 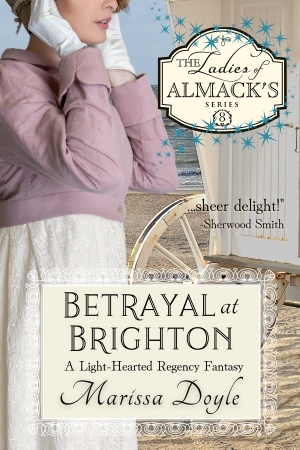 Annabel reluctantly goes to Brighton to investigate the suspicious behavior of her fellow Lady Patroness, Frances, and evade the advances of Lord Glenrick, now the Duke of Carrick. Once there, she finds herself even more reluctantly chaperoning a royal teenager through the high season in the most sophisticated town in England. But keeping a spoiled princess out of trouble is nothing compared to uncovering treason, as the Ladies will discover…

Countess of Shadows: The Ladies of Almack's Omnibus No.1

This omnibus volume includes the first three installments of the series:

The Forgery Furore: Who is forging vouchers to Almack’s…in Annabel’s name?

The Vanishing Volume: When book fandom in Regency London is foiled by magic, the Ladies come to the rescue.

Lyrics and Larceny: Annabel’s cousin is in love, and London’s jewels are being spirited away…might there be a connection? 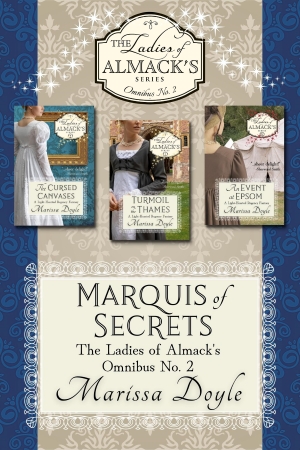 Marquis of Secrets: The Ladies of Almack's Omnibus No. 2

This omnibus includes the fourth, fifth, and sixth installments of the series:

The Cursed Canvases: Who is magically vandalizing the pictures at the Royal Exhibition? When art becomes artillery, the Ladies take notice.

Turmoil on the Thames: When the King’s birthday celebration at Eton is crashed by uninvited guests who threaten to eat the students, it’s a good thing that the Ladies of Almack’s are at hand…

An Event at Epsom: A horse is a horse, of course—or is it? Annabel and the Ladies must attend the races at Epsom to investigate a very unusual steed.